I opened an email from Dr. Racaniello’s virology blog, in my wheelchair, at the Phoenix airport Monday morning, after the redeye from Kona: 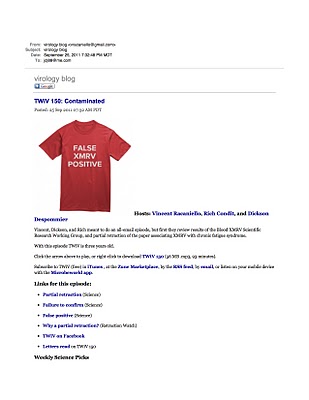 It was like opening my door and finding a burning cross in the front yard. I was so angry, I was shaking by the time I got on the plane to Albuquerque. Anyone who would engage in such a tasteless joke in order to gloat, at the expense of millions of sick people, has zero credibility as far as I’m concerned. Closed mind. Closed heart. A little man, and I am not referring to his height.

I am writing to the president of Columbia University demanding a public apology to the patient community for this obscenity. I hope you will too.

72 thoughts on “The IgNobel Prize”