Somebody posted on FaceBook a few days ago: I love my computer, because my friends live in it. For no one has that been more true than for me, despite the trolls. I started to write, because I was so excited about what was happening and thought sharing my experiences would be useful. My selfish motivation was to move it along as quickly as possible, so we could all get on with it. I thought the anecdotal clinical responses might drive it, along with fear of a contaminated blood supply and the lure of money for the drug companies. I actually felt a twinge of regret that by the time I was ready to work, it would be all figured out. Ha!

I wrote because it was all I could do at the time, and it didn’t matter what anyone thought about me. Work was an impossibility, a fantasy. Now I’m working part time and taking care of a very small number of patients. I am caring for them in a very hands on way, like they are all Ali:). I will be max’ed out very quickly. I am not selling a protocol or seeking patients on this blog. That will take care of itself word of mouth, as it did in my last practice. I am writing to share with people who could never get to me. Many readers are on the other side of the world. My approach to treatment is very moderate and non-invasive, having learned from the mistakes of the past. Primum non nocere. Why should that threaten anyone? Unless you disagree with my question authority point of view. Honestly, the idea that what I’ve been saying has ignited such a firestorm is a puzzle. You would think that people would be happy that a doctor is willing to share openly, not to mention hearing that someone is making progress. Instead the whole thing has spun into some weird parallel universe where the critters all have big, sharp teeth. That’s what has me scratching my head. The response is so off kilter to the message.

My interaction with Jason was a personification of the problem. After insulting me on my own blog to the point that I thought he was a troll, he sent me a request to review the science and post his thoughts. I responded as warmly as I knew how. The only thing I asked was that he learn something about the disease. I offered to share with him, so that the time he put into it would be meaningful. He said he would review the literature. Period. End of discussion. If it isn’t in the literature, it doesn’t exist. Below is my second letter to Jason.

I deeply appreciate your coming forward as yourself, and not an anonymous poster. I will publish what you write without editing. I will only state that it is opinion, not fact, and that I think you were brave and generous to do it. If I disagree, I’ll blog my thoughts after. The only way I wouldn’t post is if it was clearly written from a place of needing to prove me wrong. I am asking you to come to this project with a “beginner’s mind”.

In your quest for objectivity, please don’t forget that there are real people with a horrible disease, many trapped in their beds with no medical care and no hope. I am the CFS suicide hotline. The shoulder to cry on. I take calls and email regularly. I am not exaggerating the importance of what you write. Please take that responsibility very seriously, even if it makes you somewhat less “objective”. Think about why the hypothesis might be right, not just why it’s wrong. Don’t decide going into it what the answer is, even though I have attacked some of your heroes, you think unfairly, but I think they have shown an incredible lack of compassion, cruelty to oppressed people.

I don’t think that you can fully consider the hypothesis without understanding the pathophysiology of CFS, autism, Gulf War Illness, Lyme Disease. Also human and animal retroviral disease. The veterinary literature is very telling. What you will find when you start to look into viral etiology of CFS is literature proving it isn’t EBV or HHV-6. There is nothing but the recent furor to connect CFS to retroviruses. Other than Michael Snyderman’s data, published as a poster presentation. So the only choice is to start with a hypothesis and work backwards. Please bear in mind, I am a doctor, not a scientist. I sit in a room with people who want to die because they have lost everything, are suffering unbelievably and are laughed at by doctors and scientists. Imagine having the worst day of flu of your life and having it never go away (not the way I got sick btw). Then maybe a hundred other horrible symptoms, pain, nausea, intractable headache, chronic cramps and diarrhea, sleep deprivation. Then your doctor sends you to a psychiatrist who says you are too focused on your symptoms. Cowboy up. Only you can’t even sit up. Then your kids and husband start getting sick too, and nobody cares.

I have never claimed to be ‘objective’. It was an ah-ha for me. A 15 year mystery, that almost cost me my life (transfusion, emergency surgery, small bowel resection at midnight, TPN), beginning to give up its secrets. A mystery that ended any chance for a normal life for my beloved daughter at 13. I am tearing up as I write this, thinking of what she was like when she was the size of your precious baby. Not that she isn’t wonderful now, but her life is so diminished compared to the one she could have had. I was 41 and a successful doctor, so I had something to fall back on each time I’ve recovered enough to do something, but the kids who get sick in adolescence never get to live at all. The second generation is sicker. The youngest person I’ve heard of with CFS is 4, not autism, CFS, 3rd generation. Grandma is very sick. Mother, a doctor, a little sick. Doctors and nurses are over represented in the patient group. Also vets. You should be able to share in my outrage at the lack of epidemiological studies, since it doesn’t impact your field, once you start to hear what the patients are saying about their families (some on my blog). I am looking forward to your figuring out how little money has been spent on a disease that affects so many and causes so much disability. You wouldn’t believe the untapped talent in my mail.

Judy Mikovits heard the pain of the patients. Too much for her own good. She took all the desperate mail and was terribly affected by it. She visited horribly ill patients in the UK and Norway, who are being abused by their doctors and governments. Patients lying in dark rooms with ear protection and feeding tubes, for years; too weak to roll over, begging to be let out of their bodies. I kid you not. I got involved with the WPI because Judy was answering all this mail, from people who were writing to me also, and she was really bad at it, while it was a reflex for me. Judy Mikovits is a gifted scientist, with human frailties. She was working in an impossibly toxic environment with no help and the entire old boys network coming down on her. She did lots of things wrong from a PR point of view. What she did or didn’t do right scientifically will all come out in the wash. It is the finding the novel pathogen, or more likely pathogens, the theory that matters now and that must be investigated. Even though you prefer deductive reasoning, genius requires induction. There is an enormous opportunity here for you, both as a scientist and as a humanitarian. It is possible to be both.

I have brainstormed with Frank Ruscetti. He thinks it’s real. Sandy Ruscetti thinks it’s real and she understands the murine retrovirology better than almost anyone. I had dinner with Ian Lipkin. He said “it smells viral”. He was clearly very interested. It isn’t one of the known pathogens…

I know you are in the lion’s den and need not to get eaten. But always question authority:
http://www.ncbi.nlm.nih.gov/pmc/articles/PMC1182327/?tool=pubmed

If you want to enjoy the movie, you should know that it is the combination of film and light and white screen, and that the most important thing is to have a plain, white screen.
~ Shunryu Suzuki 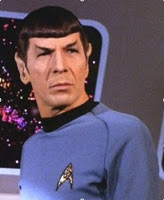 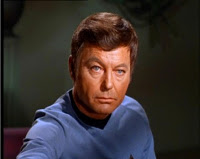 I sent our correspondence to five trusted friends for reality testing, two of whom are well known advocates, before I answered Jason’s response to my letter. Complete consensus. One of them called him a ‘snot’ and I did pass it on to him, I confess. If the shoe fits. I suggested he start his own blog. I’m sure, in fact, Jason is a very nice young man, with a young family, trying to get by, like all of us. He doesn’t even really know what hit him, removed as he is, working in an ivory tower environment. He was unwilling to take off the blinders and my readers don’t need any more negativity. Plenty of that to go around. Patients, with no medical help, have to decide what to do, in real time, with incomplete information, in a very imperfect world. And I have to treat patients in the here and now.

The attacks are an energy suck. Not just my energy, but readers’ precious energy. Any suggestions about how to deal with it are greatly appreciated. It is very strange to be judged by anonymous people. It’s not just me that they are judging, but the uppity patients who agree with me. If nobody was reading, they wouldn’t bother with me. It is the growing sense of community that is spooking them, not lil ol me. Being forced to defend myself again and again, to prove I’m right, when I’ve never said that I am, serves no one. Being right is the booby prize.

I want to get better. I want my daughter, my patients and my readers to improve. If somebody has better ideas, please share them. The name of the blog is X Rx. I think it is still appropriate. Virologists call an unknown pathogen X. Elaine De Freitas called her virus X. I concede the URL is obsolete. But the point is, it does me no good to be right if it doesn’t result in treatment, at least an approach to the illness. We can start to look at our NK cells, number and function, as well as cytokines. There are many things that can be done for AIDS, in the alternative medicine world, in addition to HAART. Let’s look at those. One of the reasons we are better is the excellent help we’ve had from our FP, Russ Canfield, a smart, young doctor in Santa Fe, who has a profound understanding of the functional medicine piece, which I didn’t find cost effective when I was in practice last time, but which, he is slowly convincing me, has made progress since then. I have a longstanding interest in herbs. Trying to put it all together, like everyone else. The blog is an assist, bilaterally, except for anonymous attacks and gratuitous insults. I will persevere, as the vast majority of the feedback I get is positive, even from people who disagree with me.

188 thoughts on “With A Little Help From My Friends”