As soon as Siegfried’s post went up, I was questioned on FaceBook as to how I could promote something as unscientific as neurofeedback. There is science to support its use, but my personal answer to that question is, let’s not get blinded by science. I’m a clinician. Neurofeedback helps sometimes, maybe even oftentimes in some hands, when nothing else has. And here’s some interesting science as well.

Medicine is an art. Healing, different from curing, happens in the context of relationship. There are many factors at play. I mostly treated untreatable things in my last practice, and now again. I try things that aren’t dangerous, relatively speaking, discard the things that don’t work and keep the things that do, and I look for synergy. When a patient is successful at turning their illness around, it is generally because of a constellation of things. There are always many uncontrollable variables in clinical practice. Science doesn’t do well with multi-factorial treatments. Sometimes anecdote is the best thing we have to go on.

Here are a few cases from my last practice that come immediately to mind. Cases I treated with neurofeedback, on now obsolete equipment.

6 year old boy with greater than 100 seizures a day. Idiopathic onset of grand mal seizures 6 months prior. On 3 anticonvulsant drugs, having many small breakthrough seizures, without loss of postural tone or incontinence, but followed by a period of post-ictal confusion. Very disruptive to his life and that of his family members. The child was a well behaved, very smart, well functioning kid prior to onset of epilepsy. On presentation, his EEG showed generalized slow wave activity with intermittent paroxysmal bursts, also generalized.

We did a few sessions and he responded with fewer seizures, but he lived over an hour from me, could come for treatment only a couple of times per week, and would slide between sessions. After a dozen or so sessions, it was clear that neurofeedback helped him. His mother learned to run his sessions and bought a machine that she used to treat him at home under my direction. He was seizure free in 3 months and drug free in 6 months. Now 14, he continues to train on that same obsolete system, 21 minutes a day. He is an A student and has avoided years of brain deadening drugs. The only time he has seized is when he tried to wean from the neurofeedback and wound up back on drugs for a few months. Is he cured? No, his epilepsy is controlled with neurofeedback, something that helps brain function, without hurting anything.

Here’s another: Anna’s Story. Her doctors wanted to remove part of her brain.

I remember a 12 year old boy with NLD, on the autistic spectrum. He had wonderful, proactive parents. He had such severe dysgraphia that he needed a scribe at school. He was too clumbsy for sports. He had no friends. He had an obsessive interest in movies, knew all the names of everyone involved in many, many movies. After, maybe 9 months of neurofeedback, about twice a week?, don’t remember exactly, his handwriting was legible, he was on the basketball team at school, had had a sleep over date at a friend’s house and was writing a movie column for the school paper. I eventually did some hyperbaric with him, but for him, it was the neurofeedback that had the power. Have no long-term follow-up on him. He was a lovely boy. I’d love to know what kind of a man he grew into. I recall that his father had fibromyalgia.

I treated a yoga instructor with life long full blown panic attacks. Appeared out of the blue, without content. They went away after the first treatment. She finished 20 treatments, for luck, but the first treatment appeared to fix them. I had maybe 6 months or a year of follow-up and they didn’t reappear. Like a restart of a computer. This was an extremely rare case and I treated people who weren’t helped at all. But hey, no harm, no foul.

Obviously, these are very memorable cases, but I treated hundreds of people and it is useful, as an adjunctive therapy, for many conditions, especially conditions that involve unstable brain states. I found it especially effective for all kinds of anxiety disorders and it often significantly reduced the need for medication in short order. I used to advise committing to 10 sessions. If it is helping, continue. If nothing has happened by then, quit. The worst reaction is no reaction. I also used to say, if I can move you in the wrong direction, I can move you in the right direction. The diagnoses I worried about with respect to moving someone even temporarily in the wrong direction were epilepsy, depression with suicidal ideation and serious anger management problems. For these conditions, I advise a very experienced therapist.

The history of neurofeedback has a wonderful, serendipitous story behind it. Barry Sterman, PhD at UCLA, a psychologist and sleep researcher, did Pavlov type experiments with cats, where they had to push levers to get food. He monitored their EEGs during testing. Cats have an unusual rhythm that shows up at about 14 Hz, a burst of high amplitude activity, a little higher than the alpha rhythm. The SMR, or sensori-motor rhythm, is associated with stalking behavior in cats, a state of watchful waiting, not resting, but active and in the moment. He decided to use that rhythm as a training device, because it was easy to see and count. He was able to teach the cats to produce these bursts of EEG activity at will to get food. Some time later, he was hired by the Air Force to figure out how much rocket fuel their pilots could be exposed to before they had seizures. He tested on cats, because he had them. After doing the experiments, the data showed two clear groups, with respect to seizure threshold. Barry then realized that the cats with the higher seizure thresholds were the ones that had previous SMR reward training. He went on to try it with people. I am telling this story from memory, so Barry, forgive me if I butchered it.

Various people also started realizing that there was some advantage to down training, or inhibiting, slow waves, for performance enhancement in ADD kids. A lot of work has been done on this. However it is much easier to give children speed than to do this non-invasive treatment that takes time and effort. In fact, neurofeedback costs less than psychostimulants over time, but the drugs have big money behind them to prove that a normal variant is a disease, and to label large numbers of children with it. Ritalin is a performance enhancer for anyone that can tolerate the side effects. If you want your perfectly normal B student to get B+’s, just add some Ritalin. And when they get old enough, they can make extra money selling it to their friends. Or you could try some neurofeedback. Except that it isn’t scientific. Don’t get me going… However, brain damage, MBD, as it was known when I went to medical school, from a structural injury or persistent inflammation, is another story entirely. Neurofeedback helps here too, when no amount of Ritalin will change it.

Here’s how it works. You put electrodes on the scalp, in various locations, depending on what part of the brain you want to exercise or challenge. The electrodes don’t put anything into the patient, but they measure the EEG, the electrical activity produced by the brain and measurable on the scalp. First the area gets prepped with a mildly abrasive substance, the electrode is applied with paste between it and the scalp to reduce the impedance, or how much opposition there is to measuring the signal. The EEG is amplified and fed into a computer where software breaks the signal down into frequency bands, generally 0-40 Hz. One hertz or Hz is one cycle per second of a wave form. The Othmer’s new work is looking at a very slow signal, close to zero. It is pioneering work, and as such, is being met with resistance in the more conventional neurofeedback community, since it is so unscientific, meaning clinically driven.

The signal is converted by the neurofeedback system into a graphic representation of the information gleaned from the EKG. If the brainwaves change, the picture changes. The graphic reinforces increases in the reward band and tries to inhibit slow wave excursions. The visual feedback can be anything you want, including a movie. Different people respond to different graphics. Auditory feedback used to be beeps, but blessedly, the new software uses music instead of beeps, getting louder to reinforce whatever the therapist has chosen to reinforce. There is also tactile feedback in the form of a vibrating teddy bear, like holding a purring cat.

Unfortunately, clinical results with neurofeedback are highly system and operator dependent. A choice must be made at the start of each session about where and at what frequency to train. Reinforcing the wrong thing over time can even make things worse, though in eight years of practice, I never produced a new symptom that persisted. If the treatment is wrong, it sends the patient in the wrong direction, but generally somewhere familiar, and then the protocol can be changed to address symptoms. Usually, a protocol is found that can be repeated going forward. When that is the case, home training becomes a good option for some people.

Experience has taught that certain locations produce predictable effects in groups of people with common symptoms. Sue Othmer, in particular, has a coherent model for choosing training sites and optimal frequencies to reward that accomodate entire spectrums of neuropsychiatric illness. Without drugs. The downsides? Cost and time.

There are fractious groups within the neurofeedback community. Some are wedded to the more scientific approach of measuring the QEEG, or quantitative analysis of the EEG signal at multiple sites and subjecting the data to comparisons with various normative databases. A number of people have tried to define neuropsychiatric disorders and brain injury according to deviations from statistical norms. Then the idea is to fix those abnormalities. I did QEEG in my last practice and it’s fascinating, but I was never impressed that I was able to fix the QEEG with neurofeedback, even in the face of huge clinical improvements, so in the end, I decided it wasn’t worth the trouble or expense, generally speaking; if there is a structural abnormality, then a QEEG may be helpful, mostly to tell you where not to train. Anecdotally, I had better luck “fixing” the EEG with HBOT than neurofeedback.

My metaphor to explain why neurofeedback works is that it is like a reset, or mini shock treatment, all of the effort on up-training and down-training particular features in the EEG notwithstanding. If you tug on the EEG, cause a perturbation in the system, the brain will take over and order things in a more functional fashion. It has nothing to do with learning, or even training really, though that word is often used, for want of a better word. Here is a baby performing the task. Understanding is not required. 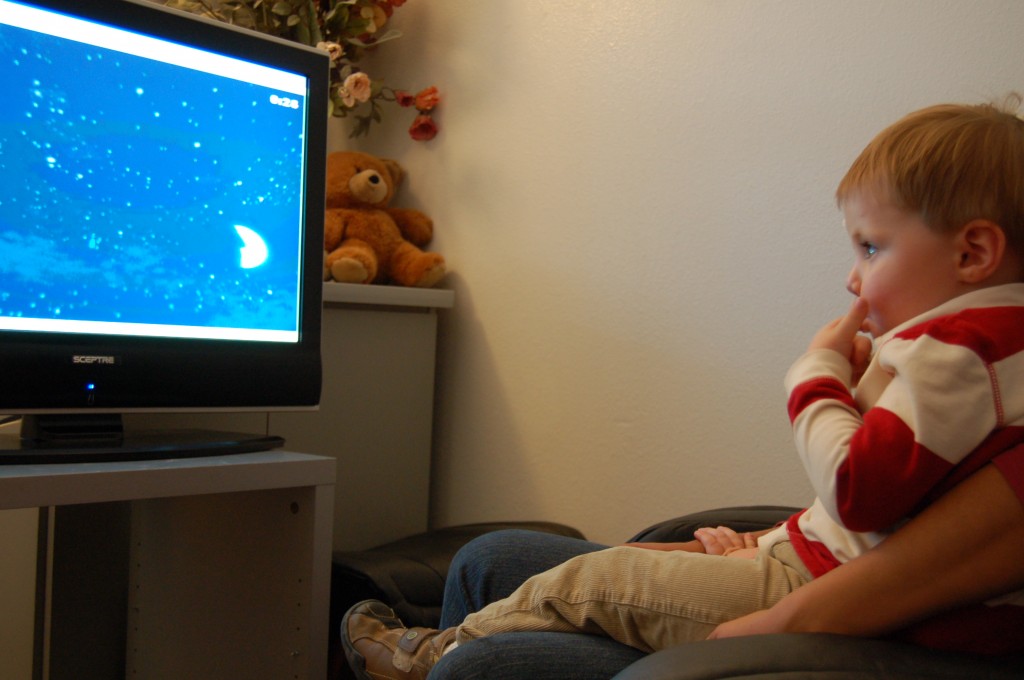 This is a YouTube video of a teenager currently in treatment with Sue Othmer. It is a small introduction, a glimpse into her approach. Many providers do neurofeedback in the context of psychotherapy, but therapy is not needed for efficacy. As a physician, it wasn’t that different from prescribing drugs, except that it worked better.

7 thoughts on “Neurofeedback In Practice”